Rosenborg won 5-0 against Aalesund, in the first match of Tippeligaen. Pal André Helland scored 2 goals and missed 1 penalty. Will be this his season?


The season finally started. Rosenborg finally won. Exactly 1 year ago, Rosenborg tied 1-1 at the second round, after the 2-2 against Viking. Last season We started badly and finished worse. This season Rosenborg have decided to play with heart and agonism, in order to win something. A good beginning bodes well, especially if you have Helland.

I'm a fan of Pal André, since his first season in Trondheim. Maybe this will be his season. We cannot judge a player from the first round, this is true, but I hope that this year shall be the consecration year for him.

Maybe we can see a renovated Soderlund, and someone like Jensen or Riski that can bring our team above all in Tippeligaen. And Maybe in Europe...

But the 19.000 supporters deserve a praise. Another year togheter, through thick and thin...

The season of the departures

The last season could be defined as the "season of the departures". Why? Because we have lost 4 players good enough for the Tippeligaen and the Europe League. However, when a society is in crisis, doesn't have money and doesn't have ideas, the best thing it can do is to start over.

NIELSEN - We've lost Nicki Bille Nielsen, a player that gave us many problems, it's true, but the one that in 50 appereances scored 24 times, almost 1 goal in 2 matches. Yes, the club was able to sell him the double to the Evian (in euros, he was bought for 675.000€ and sold for 2 millions), but the fact is that now we've lost one of the best players we had. How the club will use that money?

CHIBUIKE - The nigerian midfielder left us with 87 appareances and 32 goals. But the statistics cannot explain the importance that the player had in the matches. Strong, powerfull, one of the best midfielder able to stop the opponent's counterattack. Obviously he wasn't the best player at all all over the world, sure, but for our dimension, for a club that wanna play the Europe League and win the Tippeligaen, John Chibuike was really good. And we lost him.

DISKERUD - Unacceptable. This departures cannot be justified. No money can explain it, also because he left us free. Totally free. Our club wasn't strong enough to let him sign another contract, and so he was totally free to go to anoher team. It is said to Mexico, or USA soccer league. Sure, he's strong and Rosenborg cannot let him to win anything, and so he wanted to go away. But the fact is that we have lost a real good player. USA national midfielder, the 24 aged player has a glorious future. And we wasn't able to sell him.

GAMBOA - Nothing to say. I've just repeat the same thing I wrote about Diskerud. You have just to change his role, fullback. After his very very good World Cup in Brazil everyone in Trondheim could bet on his departure. And so, West Bromwich Albion bought him for almost 3 millions (in euros). I can bear his departures, because he didn't leave us for free, but I'm very sad because he's a very good fullback.

Start over, it's the only way left. Everything depends on the way the club will spend his money. Rosenborg, revive!

This 2014 is finished, fortunatly. Rosenborg lived one of his worst season ever. I think it's necessary to review the season, and so... begin!

TIPPELIGAEN - Everyone hoped that in this season Rosenborg would have fought to win the league, but soon our dreams became nightmares. During the season the team has dissolved , like snow under the sun , so the society had to fire one of the worst coaches that Rosenborg have ever had during his recent history, Perry. Fortunately there was a general review , which led to remove also Erik Hoftun , degraded to assistant coach .

EUROPE - We was afraid of a unknown irish-team, Sligo Rovers, that was very close to leave us from the Europe League qualifications. But Rosenborg preferred to be cut out at the climax, and so waited the turkish team Karabuskpor to be leaved off of the tourney. Nothing to say, we hoped we could play the final phase of Europe League, but we knew we didn't have a good team in order to arrive in that phase.

NM CUPEN - Last sixteen. The previous year we was defeated by Molde, and it was very frustrating and humiliating, but this year we was able to overcame ourselves. Ranheim, a Trondheim team of the second league in Norway, a sort of Rosenborg second-team, defeated us and leaved us from the NM Cupen, the only trophey we could have won. This year.

DEPARTURES - Bille Nielsen, Chibuike, Gamboa, Diskerud: all of them , for different reasons , have decided to leave Rosenborg to try new experiences abroad .The problem is that these four players were the only ones able to make the leap to the team , which now has to start from scratch.

2015: It's time to start from scratch, for serious. We have to bet on youngsters , respecting the history of the most successful club in Norway, our. The supporters, that'll never give up Rosenborg, deserve something special this year.

MondoRBK: Thanks for reading my blog, even if in this season I was constricted to abandon for a while (while? .... ) the blog (but not the RBK!). My promise is to improve this blog , and inform How much more I'll can the supporters of Rosenborg all over the World. 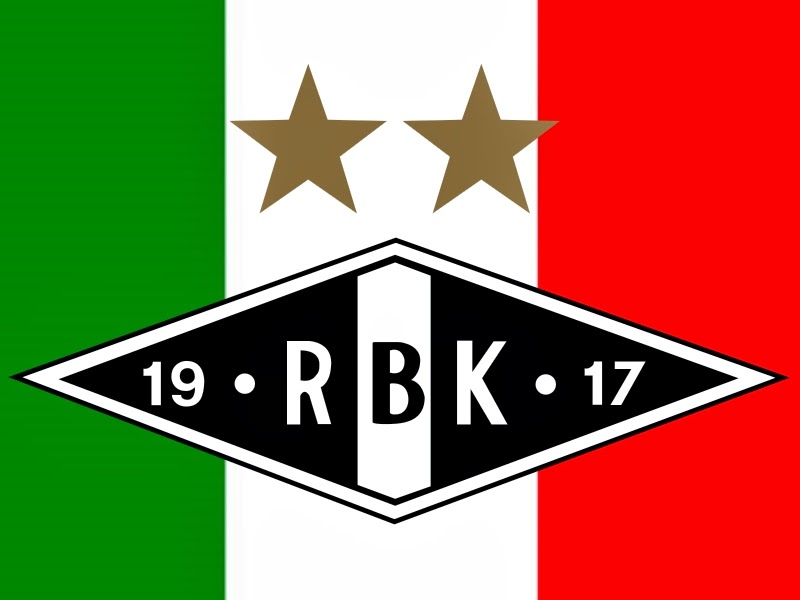 Erik Hoftun finally decided what to do with his life. The former RBK defender will be the assistan of Ingebrigsten, like he was during this season.

Emil Nielsen, the danish former Roskilde forward, spoke about his transfer to Rosenborg:

"RBK was the team who followed me the most. The society knows my skills. Many teams tried to buy me, and I was in trouble, but at the end I decided to go to Rosenborg"

Nielsen collected 17 presence and 7 gold In the danish Second Division.

"In November I was afraid of my departure abroad, out of Denmark. But I thought it was better to live alone, playing soccer. I'll be under pressure, yes, but this is my job, and Rosenborg is a great team"

The danish played twice with his national team

"I trained a couple of time with the team during last month, and it was incredible. It was something terrific, so different compared to Rosklide. I have my own locker, with my name, and a car with driver brought me to training"

The hope is that this Nielsen will be quieter than the other one, but strong like the other one.
Pubblicato da Unknown a 04:53 Nessun commento:

Andrea Loberto, the italian assistant coach, may go away from Rosenborg, just one year later he was hired.
Loberto was the one who studied the video, and make (or made?) the analysis about the matches watching videos.
Now Sandnes Ulf wants him as main coach, in order to replace Andrsen and try to win the second league.

The third goalkeeper of the team, the 18 aged Storevik, should leave Rosenborg in the next transfer market. As we said days ago he wanna play more. I thought he could have be gone away in loan, but rumors said he will be sold.  Rumors also said the team interested in him should be Sogndal.